5 Easy Steps to Get Your First 100 YouTube Subscribers (And Many More!)

Did you just start a new channel, and now you want to get more subscribers on YouTube?

You’re in the right place.

In this brand new article, I’ll show you the exact steps you need to make to build your YouTube channel and get those first 100 subscribers.

Reaching a hundred subscribers is arguably the most important milestone for the channel because it means that you’re starting to gain some momentum.

Now on one of my other channels, I have over 250,000 active subscribers, but you’ll notice on this new Viewership channel, I only have about 250…without the thousand.

And just last week, I only had about seven. So let me give you some tips on how to get your first 100 YouTube subscribers real quick.

How to Get Your First 100 Subscribers

Now a lot of people, when they start their YouTube channel, they find it to be difficult to get started.

And why is it so hard?

Basically, YouTube doesn’t rank your channel until you have about a thousand subscribers.

It starts out very, very slow, and then before you know it, it starts to kick up quickly. This is usually because one of your videos starts to go viral and then that feeds more views to the rest of your channel.

Then finally, it starts to taper off a little bit, once you hit the peak of your market.

Of course, depending on how big your market is, and your audience is, that could keep going up into the millions.

Now remember when my first video when viral on my Sexy Confidence channel, that’s basically what kick-started my channel, and that’s what’s gotten me to the 37 million or so views I have on that channel.

So here’s how to get to that first hundred subscribers.

#1: Create a channel theme that would attract at least 100 subscribers

You have to think of it from the perspective of your subscribers.

Well, they subscribe because they understand that they’re going to get a particular type of content from your channel.

What you want to start with is defining your ideal audience. 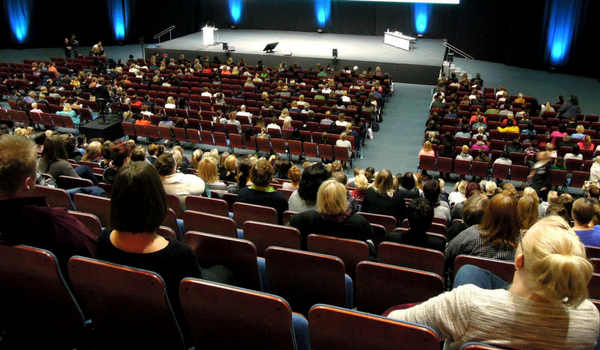 Who do you want watching your videos?

Then create a theme for that channel.

And the theme of my brand new channel focuses on helping you exponentially build your online viewership to grow your YouTube channel.

I’m going to be focusing on video marketing tips, and indeed how to create that audience so that you can start a business or you can make money straight from YouTube.

It’s a crisp theme, and I’m not going to be talking of course about relationship advice or anything like that on this particular channel.

So choose that theme and stick to it for at least six months.

#2: Create a release schedule and talk about it in your weekly YouTube videos

When you go to any YouTube channel, you’ll see that every channel has a banner, and you want to make sure, if you’re going to be releasing one video a week, make sure you choose a day of the week that you release it.

For example, on this channel, releasing it on every single Monday. 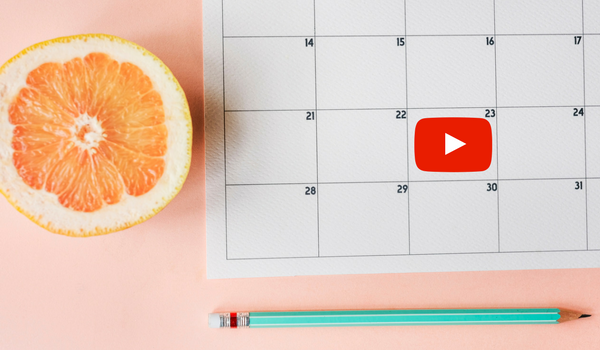 Some channels do every single day of the week, so five videos a week. I wouldn’t recommend going much further than that, but regardless of what schedule you choose, you want to stick to it, make sure it’s on that banner so that people can see it, and then most importantly, talk about it in your videos.

#3: Specifically ask your viewers to subscribe and be part of the “Founders Club”

It’s not about you, the creator, it’s not even about the channel, it’s about the subscribers and the conversation you have with them after every video is released.

So invite them to be a part of that Founders Club.

Listen to your audience by watching your YouTube analytics.

If they’re subscribing, make more videos that fit that theme. 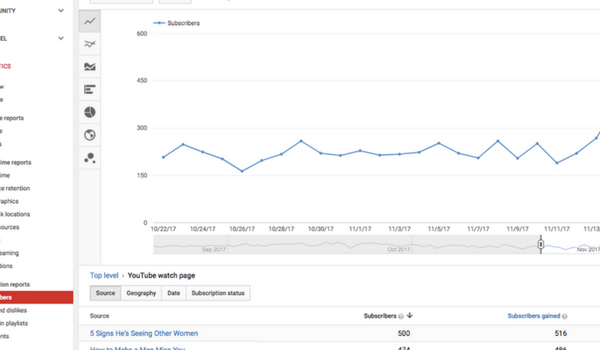 I have a client who’s used this technique to increase the number of subscribers by 40 percent in the past month.

I’ll leave a link for this particular channel so you can be able to see exactly how it works, and if you want, you can just copy and paste it, and put it on all of your videos.

(Notice the bolded portion of the URL: this is your unique channel name. You can replace “viewership” with your channel name”)

If you’re ready to start building a new YouTube channel and get your first 100 subscribers, then the most important thing you need to do is produce content that people would WANT to subscribe to. Create the content and follow these fives steps, and before you know it, you could have tens of thousands of subscribers following you and your videos.

So I want to hear from you in the comments, are you committed to hitting a hundred subscribers on YouTube?